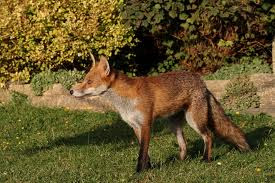 Sometimes when I come home late in the evenings, I see a fox race across my path. I always stop and watch. I've named him Robert.

I know in the UK foxes are often seen as a nuisance, but growing up in the US, I don't believe I ever saw one in the wild until I moved here. To me, they're magical, mysterious. I've even been thinking about incorporating one into my writing.

Earlier this summer, the fox (sometimes two of them--perhaps Robert's girlfriend?) was often in our back garden at dusk. I would go to close the curtains and stand there watching. He never looks good, with a long, raggedy tail. I haven't seen him in weeks, so I worry he's finally gotten into a scramble he couldn't get out of. But I keep watching for him.

In the meantime, I've discovered a new creature. Right at dusk, bats swoop by our front window, 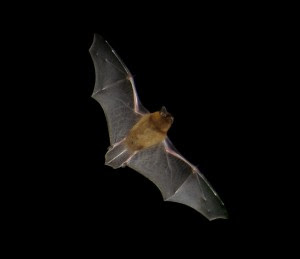 hunting. Obviously they aren't only a British thing; my parents just had a bat infestation in their house! But I don't think I've ever seen them this close. Somehow I think bats, or at least vampires, are a little too popular in children's literature at the moment for me to write about them, though.

It's a little thing, but after years of living in Chicago, it's nice to see more of the outdoors, especially creatures I've never seen before.

Now to see if I can get some of my own photographs.
Posted by Anne M Leone at 2:00 AM