Beginning the next step 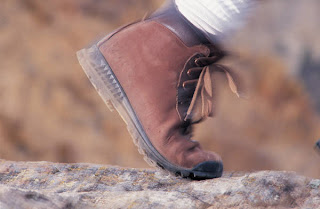 Originally this blog was created to chronicle the highs and lows of my MA in Writing for Young People. Well, I received my manuscript grade earlier this week (some of you may have seen the *bouncing* on Twitter). I've officially passed. With distinction! *happy dance*

The even bigger surprise? I had been gearing up for another few weeks (or months) of revision on Project Sparkle. I was cautiously optimistic, hoping to start submitting my manuscript to agents in January. Well, my tutor told me she thought it was almost ready to go! As soon as I fixed one small plot point... there is *always* something.

But now I'm hoping to start submitting in the next week or two!

This past summer, I said I'd continue to blog about my submission process. However, more recently I've realized that's not such a good idea.

What if I send Project Sparkle out to six agents and five reject me? And then I post that information on the blog? If the sixth agent is kind of interested and googles me, I can't imagine she would be too impressed to hear five of her colleagues thought I was worth passing on.

Plus I think it might be kind of bad form.

But throughout this year, I've learned so much from sharing my thoughts and process with all of you. And I've been so encouraged by your support and friendship. So I will continue to blog about the submission process generally. I'll talk about why I'm sending Project Sparkle out to agents first instead of editors. I'll talk about what agents do. I'll explain how the submission process works. And how scary and uncertain and competitive the whole thing is.

So I hope you'll stick around. It could be a long ride. But I'm looking forward to sharing it with you.
Posted by Anne M Leone at 2:00 AM