If I skipped the boring bits, I'd skip 3/4s of the novel! 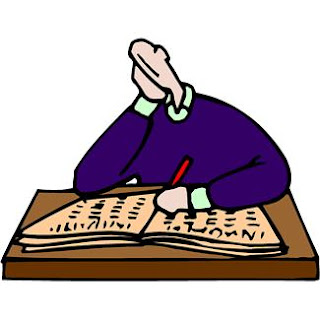 Writers are often admonished to "skip the boring bits." Readers might skim over long descriptive passages, or chunks of seemingly irrelevant backstory, so writers are encouraged to avoid writing anything they wouldn't want to read themselves.

I get this. If I'm spending three pages describing a character's bedroom, I'll stop myself.

However, I've come to realize over the past year that this piece of advice doesn't always work. For me, writing is a grueling, slow process. I'm chronicling thoughts, emotions. Even in an action sequence, I need to think through and write down each movement, much like an animator designing every single cell. At times, it can get boring.

But just because I'm bored, I don't think that means the scene is boring. Some of the most memorable scenes in literature aren't the action sequences, or the moment when everything changes. They're the quiet revelations, the laugh out loud character quirks, the satisfying conclusions.

Stories aren't a collection of exciting scenes with a few connector pieces thrown in. They're stories. They have a beginning, a middle, and an end. They have a character yearning for something, becoming upset, confronting obstacles, journeying... They're about growth and development. If a writer skips a part because it's boring, the story is in danger of losing its logic and heart.

As a writer, I find I'm on much firmer ground when I let a story unfold naturally, take me where it will, and write through all the bits I discover along the way. I can edit anything I need to later.

But perhaps this advice works for other writers. I might just be easily bored! Do you skip the boring bits?
Posted by Anne M Leone at 5:43 AM