Titles in first and second person 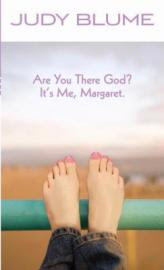 I've been thinking a lot about first and second person titles recently:

At their best, from the first words, before you even open a book's cover, these titles can throw you into the main character's world. They can evoke a feeling, a mystery, and place the reader right into the "I" position.

Take Judy Blume's classic, Are You There God? It's Me, Margaret.

The title has been parodied, turned into academic book titles, and jokes. But what I find interesting is for a title that's two sentences and seven words long, it's so memorable. Perhaps because it describes such a human feeling, searching for God, wondering if God will answer. From the beginning, the reader is right with Margaret.

I also like When I Was Joe by Keren David. It automatically sets up a mystery for the reader: Why was the character someone else? Who is he really? Who is he now? That mystery, and the story of what it means to be someone else, is integral to Keren's story of knife violence and the witness protection program.

However, I frequently worry that first and second person titles sound a bit mushy and forgettable. They're often lacking in concrete nouns and all their pronouns, prepositions, and adverbs can get jumbled together. 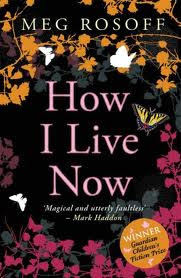 For example, what about How I Live Now by Meg Rosoff? I love the book (it's well on its way to being a British classic). But when I studied it at Bath Spa, no one could ever remember its name. It doesn't help that another of Rosoff's books is called What I Was.

But one thing Rosoff does beautifully with both these books is to insert the title phrase into the novel. I believe it's at the end of her book first book that she writes something like, "And this is how I live now." First person titles are easier to work into the text, and there can often be an Aha! moment where a reader thinks, "So that's how the title relates!" Jacqueline Woodson's title, If You Come Softly, is in a poem one of the main characters shares with the other.

Why am I so fixated on first and second person titles at the moment? Well, because I have one.

I've made a few tweaks to the blog recently to prepare for the possibility that agents or editors could end up here. If you look in the right corner, just below my description of the blog, you'll see my pitch for Project Sparkle. The novel is really called A Truth I Don't Know.

Wow, it's a little scary revealing all that... *Anne finds a dark corner to hide in*

While I'm off in my dark corner, what do you think of first and second person titles? Like them? Remember them? Any favorites?
Posted by Anne M Leone at 2:21 AM