So you want to sell a novel? 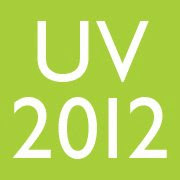 Last night was the launch for Undiscovered Voices 2012.

For those of you who don't know, Undiscovered Voices is a British SCBWI anthology of previously unagented and unpublished writers. It has been published twice previously (2008 & 2010) and currently 13 out of 24 of its featured writers have since been discovered, and are published or contracted to be published.

Oh, and yeah, I was in the 2010 anthology. Still waiting for my discovery!

But the experience was life-changing. I would encourage ANYONE living in the UK to consider submitting for this year's competition. You have to join SCBWI to participate, but it's worth it (honestly, SCBWI in itself is worth it!). More details here.

The judging panel includes three agents, three editors, and, new for UV 2012, a bookseller and literary scout. Last night at the launch the panel answered questions about the industry, trends, some of their favorite childhood reads, and what specifically they're looking for.

As my fellow UV 2010 winner Nick Cross joked with me, the evening was entirely stress free. We've already won!

But as someone fascinated by the world of publishing and books, it was such an informative evening. I had a truly insightful conversation with Amber Caraveo, Editorial Director at Orion Children's Books, about what makes a great beginning for quieter, or more character-oriented books (thanks to Benjamin Scott for asking such a brilliant, craft-oriented question, and Amber for really answering it!). The bookseller for Foyles, Jo Anne Cocadiz, admitted that a cover can break a book for her. And when the judging panel each listed their favorite book from childhood, there was so much overlap! Lots of mentions of Enid Blyton, but also Goodnight Mister Tom and Tom's Midnight Garden. They also had to each describe a book they had recently acquired and why--so many beautiful books that aren't available yet and already I can't wait to read them!

But for me, the most interesting part of the evening was what the judging panel said they were looking for. It's a bit frustrating, because as a writer you write what's inside you, not what anyone's looking for. And those submitting have probably already begun working on whatever they'll submit. But if you did want to sell a novel, and were just starting out or searching for a new project, they gave some great hints.*
Now if only I were sitting on a fully-polished, character-driven adventure story for 9-12 year-olds! But when someone asked about realistic contemporary, every single judge started nodding! Phew!

Thanks to Sara Grant, Sara O'Connor, and everyone else at the event last night. I'm sorry I had to dash out so quickly afterwards to catch my train!

*Liz De Jager has posted an excellent, and much more thorough, recap of the event, including what specific editors and agents said what!
Posted by Anne M Leone at 2:41 AM