It's Friday, so I figured we were due for another (unfortunately, the final!) round of Greece pictures.

Athens has several ancient sites located in the area around the Acropolis.

The Temple of Olympian Zeus was finished in the 2nd century AD and sacked in the 3rd century in an invasion. It was never repaired, and used as a quarry for building materials. But what's left is still pretty incredible: 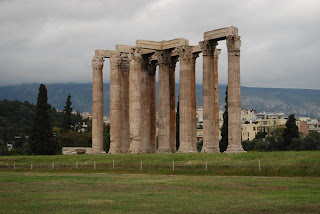 Here's a fallen column that illustrates how all the columns are put together. A pole would have run through the middle to stabilize it: 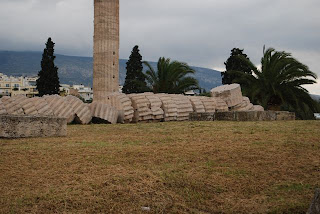 On our last day in Athens, we visited the Ancient Agora, which used to be Athens prime marketplace and social gathering point. It's where Socrates and Plato would have spoke, where plays would have been performed, and where the city council would have met. 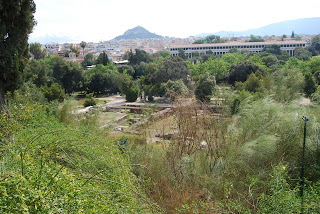 Now it's mostly just foundations, with the occasional odd statue or column. But it was pretty incredible to walk around such a piece of history and to imagine what might have been.

This is the Temple of Hephaestus, overlooking the Agora: 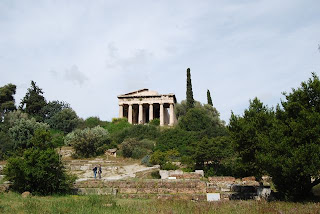 Here's a view closer to the Temple. You can still see the inner frieze, depicting the Centaurs fighting the Lapiths: 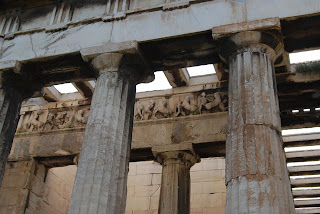 The Agora has one fully reconstructed, modern building, the Stoa of Attalos, which now houses a museum for the Agora. 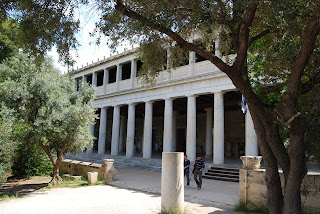 It was very neat to walk around, like getting a snapshot of Ancient Greece. 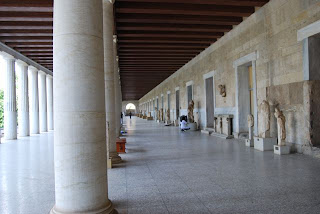 The theatre is mostly in ruins, but several statues still remained at the door: 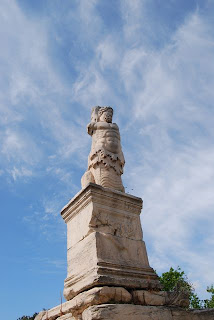 Several of the ancient sites were later appropriated by Christians and used as churches. You can see the cross carved in the middle of the stone: 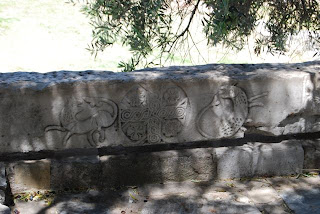 Our final day in Greece, we wandered around the Plaka (a touristy area near the Acropolis), taking everything in. We loved how this was part park, part random ancient site: 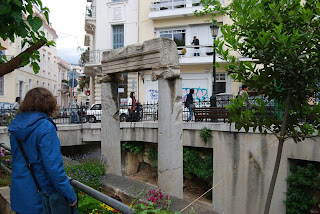 We also stumbled across Hadrian's Library. Ohhh! Had I known this was a THING I could visit, I so would have gone. Unfortunately we had to catch our flight home. Something to do next time: 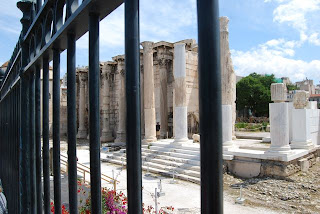 One last view of the Acropolis, this one taken from the Agora: 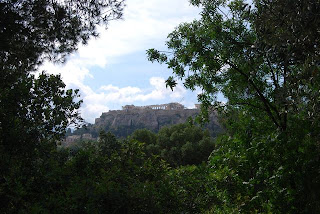