Anne continues to read (and watch!) stories about people different from her

For the next month, in an effort to support diversity in children's literature, as well as to enjoy some amazing stories, I'll be reading books by and about people different from me (link to my previous post). 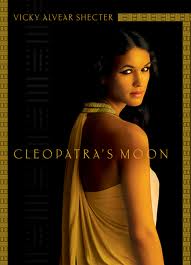 "Selene has grown up in a palace on the Nile with her parents, Cleopatra and Mark Antony -- the most brilliant, powerful rulers on earth. But the jealous Roman Emperor Octavianus wants Egypt for himself, and when war finally comes, Selene faces the loss of all she's ever loved. Forced to build a new life in Octavianus's household in Rome, she finds herself torn between two young men and two possible destinies -- until she reaches out to claim her own."

It's a fabulous read, and even though getting a grasp on all the political intrigues can feel a bit overwhelming at times, I've become absolutely enraptured by the rich historical and setting details, and the opportunity to have a front row seat while history is played out in front of me. Plus I love Shecter's imagining of Selene's position, trapped between her Egyptian and Roman heritage, gods, languages, and customs. 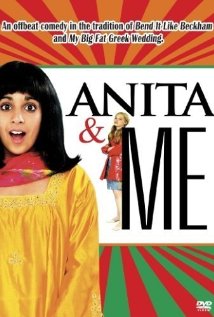 This past weekend, completely unplanned, a friend had me sit down and watch a movie about a person different from me. Anita & Me is one of my friend's favorite movies, and quickly became one of mine, too. It's the perfect young adult coming of age story, extremely funny, but also quite dark, and I may have even gasped out loud a few times. For anyone (like me!) who had previously been ignorant of this wonderful story, here's the trailer (unfortunately I can't figure out how to embed it, but please take a look!). It's based on a semi-autobiographical novel by British comedian Meera Syal, which has just been added to my reading list.

Finally, a little bragging... this weekend, as a late birthday gift, my hubby is taking me to London to see one of my favorite stories of all time, Roald Dahl's Matilda, which has been transformed into a musical. Okay, so Matilda is a lot like me, a compulsive bookworm, who may be tempted to use telekinetic powers to get rid of some pesky adults... but nonetheless, I'm very much looking forward to it, and so excited I had to let you know! 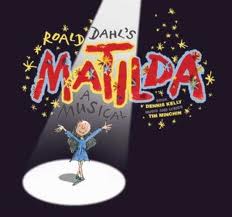 Hope you all have a good weekend, too. Reading / watching anything good yourself? Please let me know in the comments!
Posted by Anne M Leone at 2:00 AM