My favorite book: in 6 simple steps! 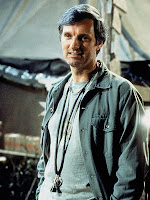 Over the years, I've agonized about what types of books I most love to read (and write). While I'm not a hard science chick, one of my favorite books ever is a space opera. I've been known to roll my eyes and snort at romance novels, but I don't mind the occasional sweet (or steamy!) love story. I read children's and adult fiction, I read literary and genre, I read serious and light.

But after reading a pure Anne-crack book this past week, it occurs to me it's really quite easy to identify a book I'll love. In fact, I've narrowed it down to six simple steps!

1. Give me a complex character.

Contradictory elements, someone who grows over the course of a story, a character who acts in different ways given the situation, the people they're surrounded with...

Bonus points: I've got an unexplained soft spot for good guys. They may be damaged, or weird, or crazy annoying, but they care more about other people than themselves, and they'll do anything to help. Think Mr. Monk, or Dr. Hawkeye Pierce in MASH (did you notice the picture? Really can't resist!).


Extra bonus points if the main character's a tough woman (ass-kicking tough, stubborn as all get-go, seemingly vulnerable but with an inner strength, I'll take any and all of it!).

It can be contemporary world. It could be an intergalactic space cruiser or a made-up land. It could be the wild west, ancient Egypt, San Francisco's Chinatown. As long as it's full of detail, and you give me something to smell and taste, streets to explore, cluttered shops and varieties of people, I'm putty in your hands.

It doesn't matter if it's spiritual, mechanical, or fantastical, if it's got magic, I'm captivated.

Bonus points if it's an ancient magic, something I've never seen before, perhaps immoral, but definitely creepy as hell.

By the way, have you seen the new covers for Holly Black's Curse Workers series?! I'm saving the final book, Black Heart, for a special occasion.

A lonely orphan girl, taken in by a guardian with ulterior motives. She discovers her real mother, a wealthy lady, has abandoned her and regretted it ever since. A missing will, a long lost brother, a dangerous killer on the run with revenge on his mind. Oh, and make sure there's a reveal with every few chapters!

So good I don't even notice it, except for the occasional chapter-ending statement that makes me shiver because it's so true and terrifying, or the description that convinces me there's six feet of snow outside in the middle of summer.


So there you have it. The perfect Anne book in six simple steps!


Oh, you want to know what I read that inspired this whole post? Grave Mercy by Robin LaFevers: 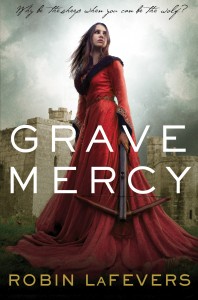 Seventeen-year-old Ismae escapes from the brutality of an arranged marriage into the sanctuary of the convent of St. Mortain, where the sisters still serve the gods of old. Here she learns that the god of Death Himself has blessed her with dangerous gifts—and a violent destiny. If she chooses to stay at the convent, she will be trained as an assassin and serve as a handmaiden to Death. To claim her new life, she must destroy the lives of others.

Ismae's most important assignment takes her straight into the high court of Brittany—where she finds herself woefully under prepared—not only for the deadly games of intrigue and treason, but for the impossible choices she must make. For how can she deliver Death’s vengeance upon a target who, against her will, has stolen her heart?

Doesn't that sound wonderful? It was. Actually, to be totally honest, she had me at assassin nuns.

Do you know the recipe for your favorite books? And, given my recipe, got any book recommendations for me?!
Posted by Anne M Leone at 2:00 AM