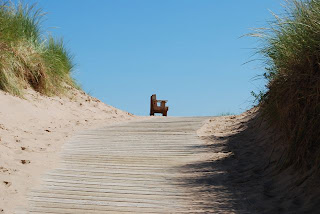 With summer finally in full swing, I've seen a number of blog posts about fitting writing in around childcare. Or, with the approach of long days and late nights of raspberry picking, ice cream runs, campfires, and fire fly hunts, a parent might take a complete and well-deserved writing vacation.

On the flip side, as a child-free teacher (at least in those summer months!), my summers used to mean drafting, squeezing as much writing time in as possible before work again overwhelmed me.

But lately I've realized that while my writing is still seasonal, it no longer follows the temperature or the calendar, so much as the stages of the writing process.

For example, as you may have noticed from all the whining on Twitter, lately I've been struggling to put together a plot outline for my next novel. But even though progress is agonizingly slow, I've also found myself unable to focus on it for than two hours tops before I'm creatively burnt-out.

It's completely different to last summer, when I was revising a novel practically non-stop, and had to consciously roll over every few hours to prevent festering sores.

Sometimes it's frustrating being a seasonal writer, fretting about slow progress, or overwhelmed with the lack of hours in the day, never accomplishing as much as I hoped. But even though I've tried to change, this seems to be my process. I might as well embrace it.

After all, in between outlining, this summer's been a good opportunity to practice my 45-minute chunk routine, allowing me time to do some more revisions on Project Fun, to work on other short pieces, to blog, and thankfully, to plan a major move.

If I'm lucky, I can maybe even squeeze some raspberry picking, ice cream runs, campfires, and fire fly hunts into this summer.

Are you a seasonal writer? How do you make the most of your time?

*Picture is mine, from Michigan's Sleeping Bear Dunes*
Posted by Anne M Leone at 6:00 AM