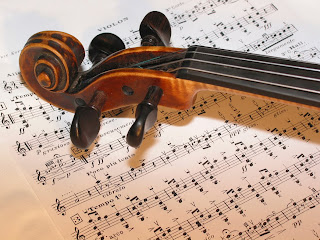 Today is the last day of Operation 50/50, Karen at Musings of a Novelista's scheme to write 50 scenes in 50 days.

I haven't been a dedicated participant, after taking a week and a half off to go sightseeing around England. However, I've since started back up, and have continued to be thrilled with my progress, day by day, scene by scene.

I'm now on my third go through Project Demo. It still feels rough, but the plot is finally consistent, the characters mostly keep the same names throughout. Yesterday I figured out a major detail that had been eluding me, so I'll start working that in. I'm almost at the stage where I need to stop working linearly and start attacking bits and pieces: character arcs, back story, setting details, the beginning. How I hate beginnings!

Lately, I've been thinking that writing is a bit like playing an instrument. When my orchestra is in season, I practice most days. But I don't play pieces the whole way though, or favorite songs; rather, I slog through the hard bits, playing the same lines over and over. I'm hardly blown away by my talent, or inspired by the music; it's just about learning each note and playing it as well as I can.

And that's what I've liked so much about Operation 50/50. It isn't about creating exquisite writing, but about plowing through, adding words, and working towards the target of finishing a book. And every day I've had the same goal: just write (or revise) one scene.

So I'm going to keep at it for a bit longer. If I really wanted to be scientific about it, I'd count the days I missed and set a new due date... but for now I think I'll just keep going, at least as long as I'm thinking in scenes. Thank you, Karen, for the inspiration!

What about the rest of you? How are your writing projects going?
Posted by Anne M Leone at 2:00 AM