The Disappeared by C. J. Harper

Author C. J. Harper tried to woo me into loving her debut novel, The Disappeared. As it's not published (yet!) in the US, Candy (as I know her), mailed me a copy from England. Not only is the cover a thing of beauty, even more so in person, Candy signed the book for me, along with a lovely message. And then, as the final straw, she included a postcard, sure to tempt me! 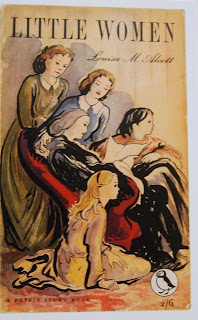 How well she knows my every weakness!

Thankfully, I LOVED The Disappeared. I'm sure poor Candy was on pins and needles waiting for me to let her know. Due to finishing Project Fun, and travel, and moving plans, it's taken me forever to get to, and almost as long to blog about. But between you and me, I wasn't worried. I saw this book grow up as I worked alongside Candy for our MAs in Writing for Young People at Bath Spa. I read now-deleted scenes, listened to Candy agonize about how it was all going to come together. All along, I've been enraptured by this story. And the final, published version does not disappoint! 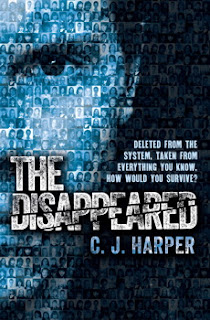 "Jackson's life is perfect: he's top of his class, wants for nothing and is destined to be part of the leadership that runs the country. But when a violent incident leaves Jackson badly beaten and his best friend dead, everything changes. Suddenly, his teachers claim not to know him, his records are deleted... Jackson doesn't exist anymore.

"Dumped in an Academy, where teachers are kept in cages and being a good fighter is all that matters, Jackson realizes that to survive he needs to adapt, and fast. And as he learns the Academy's terrible secrets, Jackson discovers his whole life has been based on lies; the leadership is corrupt tot he core and they're coming after him.

"Time is running out. Can Jackson destroy the man at the heart of it all before he makes Jackson disappear for good?"

The beginning of The Disappeared is chilling--I still clearly remember reading it as a rough draft years ago! Jackson's whole life is turned upside down in minutes, as people he's known forever stare at him blankly and swear they've never met him. And Jackson's reaction is so understandable: he races about his school, looking in his bedroom, at his desk, trying to find some way to prove he is who he says he is. But of course, that's the whole point: he's trusted the adults around him his whole life, and is only now discovering that they have thrown him to the wolves.

However, while the plot as a whole was full of twisty-turny reveals and heart-pounding action sequences, I have to say, my favorite bits were the quieter scenes, the big questions, the heart, and the LANGUAGE. See, even though the kids of the Academy have been denied a proper education and any cultural access, and are treated more like animals than humans, they're not dumb. And the way they use language, stringing together simple words to form complex thoughts, is so clever. This scene left goosebumps on my arms!

She laughs. 'That's a can't-won't. I'm going to stop hearing you; you put bad thinks... I mean, bad thoughts in my head. But you make me laugh.'

I puff out my breath. I know the Leadership wants us to equip ourselves to fulfil our potential, but what does that really mean? Would it matter if Kay learned Algebra? And why shouldn't she have a burger?...

'What work do the Learning Community brainers do?' [Kay asks]

'They're employed by the Leadership.'

'All brainers are working for the Leadership?'

'Well, yes, but you could do lots of different things. Be an adviser, run a department, be a local leader, head an industry--'

'I don't know those things. Is it all for the Leadership?'

'So no choice-ing for the brainers, too.'"

The Disappeared is such a rich, immersive experience, in a chilling, yet totally believable dystopian future. And I do love a good revolution! I can't wait for the next book! And I'll be SURE to let my American readers know as soon as a US edition is available.

In the meantime, while she doesn't (yet!) have a website (Anne glares at Candy), you can follow the hysterical C. J. Harper on Twitter.
Posted by Anne M Leone at 6:00 AM